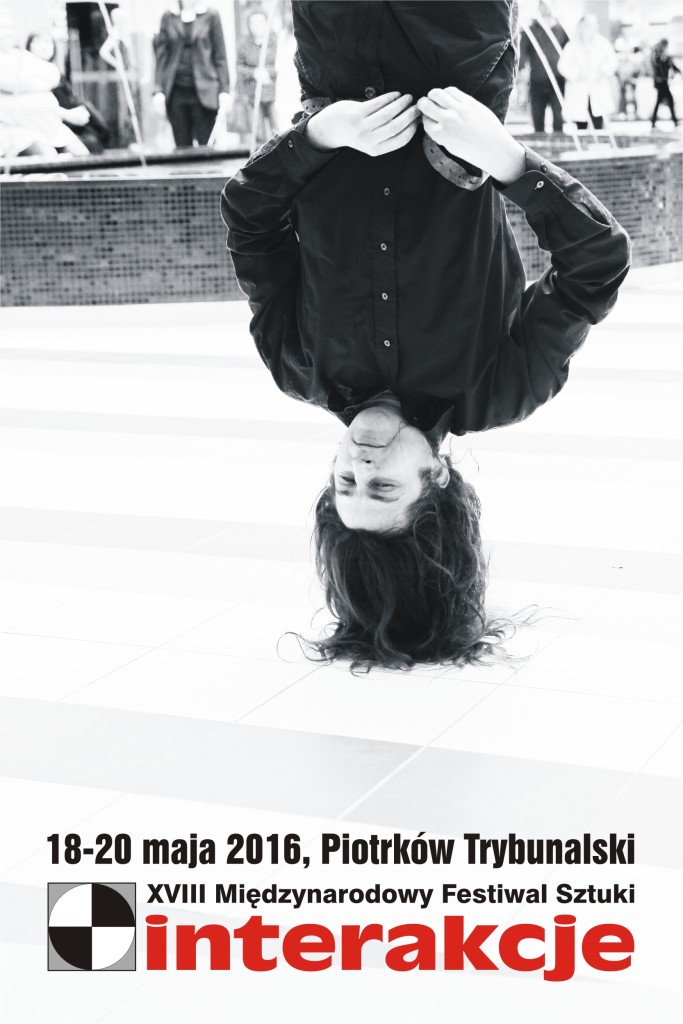 Curator of the 18th edition of the festival: Tomasz Szrama

I am not a curator. I organize festivals and artistic events, but I present myself consciously as a performance artist.

Performance art mediates between the concept, the artist's individuality and the context in which he is embedded. Everything is happening live, in front of the audience. You could call these actions "extreme realism". Instinct and emotions play a special role in this discipline. I based my own work primarily on emotions. It is a shaky foundation, but an experimental artist, by definition, takes a risk.

Is it possible to build a performance festival program based on intuition, personal preferences and only emotions?

I was born in Poland in 1970, in the epicenter of socialist Eden. I survived the martial law in 1981-1983, the collapse of the totalitarian system in 1989, and in 1997 the Millennial Flood which robbed me of all my belongings. In the same year, I decided to stay at the end of the world in the land of a thousand lakes. Even though I lived with Finland for almost half of my life, I never changed my citizenship. After almost twenty years, I was asked to select artists for an internationally renowned performance festival in my home country.

This is a unique opportunity for an emotional experiment.

There is one more reason why I consciously reject the concept. Being the organizer of events and festivals as well as working in the organization of artistic residencies, I had the opportunity to observe a disturbing phenomenon. The system of granting grants causes that mainly the creators of good applications, in particular curators, are promoted. The role of the latter rises to the rank of a cult. A certain amount of cunning, diplomacy and calculation skills are required when creating a grant application, which often forces you to give up on the risky aspects of a project. By applying, curators consciously create a curatorial concept? Attractive? for the jury whose members often have a vague idea of what living art is. The concept, as well as the entire curatorial activity, is entering areas previously reserved for artists themselves.
This results in an over-representation of thematic festivals that limit the freedom of creative expression. In extreme cases, selected artists work on a given topic, making the curator's artistic vision come true. I have witnessed attempts to please the curator, even leading to self-censorship.

Artistic instinct makes me create an open platform for various artists. In order to achieve this diversity, I was guided by my feelings only. The list includes artists that I admire, love, envy and fear.
Artists will present only what is important at a given stage of their own creativity.
Academic artists and students are also invited to arouse in me a feeling of curiosity, uncertainty and curiosity. Educating someone to be a performer still seems inappropriate for many. To quote Jean Dupuy, you cannot teach peroformance any more than you can teach a sense of humor. The only way is to participate in the same space and context as experienced artists.

Performance only exists at the time of creation and reception. It is owned by a temporary community of artists and audiences where there is no room for criticism that might affect our experience. We experience it by activating our instincts, senses and emotions. Careful analysis and full understanding can only happen after the fact, sometimes long after it, even for the performer himself.

Resigning from intellectual hypocrisy, from the theory attached to the application, I would like to focus on what is the most valuable in performance art: honesty, directness, open form and freedom of artistic expression, and even on a possible failure uncompromisingly accounted for by the audience.