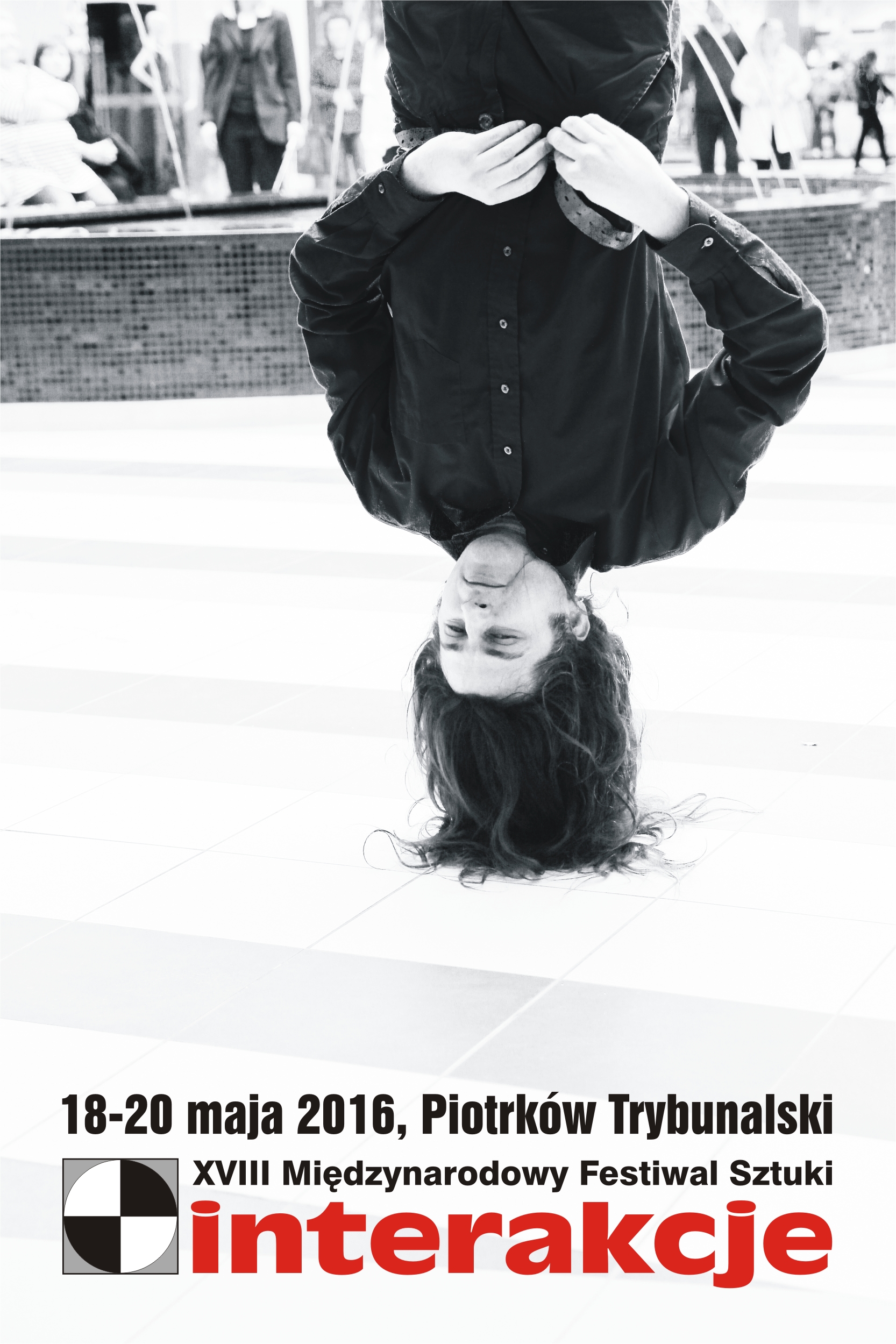 Curator of the XVIIIth edition of the festival: Tomasz Szrama

I am not a curator. I organize festivals and artistic events, but I consciously used to introduce myself as a performance artist.

Performance art mediates between a concept, the individuality of an artist and a context which they are set in. All of those happen live, in front of the audience. One could name those actions as an? Extreme realism?. Emotions and instinct play a fundamental role in that discipline. I based my own creative output mainly on the former. It is not a solid foundation, yet an experimental artist takes a risk from the very definition.

Is it possible to create the schedule of the performance art festival, basing it on intuition and personal preferences, and being guided merely by emotions?

I was born in Poland in 1970, in the epicenter of the socialist paradise. I experienced the martial law in 1981-1983, the fall of totalitarianism in 1989 and the 1997 Central European flood, which deprived me of my whole property. In the same year I decided to stay at the end of the world, in the area of thousand lakes. Despite nearly half of my life spent in Finland, I have never changed the citizenship. After almost twenty years, I was asked to select artists for the prestigious performance art festival that is organized in my home country.

This is a brilliant opportunity for an emotional experiment.

There is another reason why I am consciously rejecting the concept. While being the organizer of events and festivals and also working on organization of artists-in-residence programs, I had a chance to observe a disturbing phenomenon. The system of distributing grants causes situations in which only authors of good applications - particularly curators, are promoted. The role of the latter has been increasing to the level of cult. While applying for grants, a certain amount of shrewdness, diplomacy and calculation are required, even though the latter often forces people to give up some risky aspects of the project. When applying, curators consciously create for the jury the concept? Attractive ?, but the members of the jury often have a misty idea about what the live art is. Both the concept and the whole curators? activity is expanding on the areas, up to now reserved for artists themselves.

It causes the over-interpretation of the theme festivals that limit the freedom of creative comment. In extreme cases, the selected artists make works on assigned topic implementing the artistic vision of a curator. I witnessed the attempts of fawning on a curator, which sometimes led to auto-censorship.

My artistic instinct tells me to create an open platform for diverse artists. In order to create such a diversity, I referred only to emotions in selecting artists. On the list, there are artists who I admire, love, envy and who I am afraid of. The artists are going to present only that what is important at the particular stage of their output.

Students and academic artists are also invited to inspire my curiosity and uncertainty. To teach somebody to become a performer to many still appears inappropriate. You cannot teach one performance as you cannot teach one the sense of humor - as Jean Dupuy was saying. The only way to learn it is to participate in the same context and in the same space experienced artists do.

Performance exists only while being created and received. It is a property of the momentary community of artists and viewers, in which there is no critic who may have an impact on what we feel. We experience it activating instinct, senses and emotions. The thorough analysis and complete understanding may come only after performance, sometimes it takes even more time for a performer.

Giving up the intellectual hypocrisy, the theory made on the use of applications. I would like to put on a directness, an open form and the freedom of artistic comment, and even a possible failure uncompromisingly appraised by the receivers.

The Interactions Festival itself inspires extreme emotions, drawing the attention of the whole artistic world to this small, delightful town, Piotrków Trybunalski.