Paweł Kwaśniewski is a Polish modern artist and a film and TV producer. He studied at the University of Stefan Wyszyński in Warsaw on Philosophy Faculty. His debut was in 1984. The creator of over 300 performances, shown in many galleries, art centres and museums in over 60 countries worldwide. In his performances he ironically connects the attitude to the world and the brutal treating of his body. He has conducted the sale of square centimeters of his own body, which he cuts from his forearm, for many years. He is a lecturer of artistic universities in Poland, Finland, Ireland, Iceland and Belarus. Since 1994 he worked as an investigative journalist in ?Gazeta Wyborcza?. He conducted night radio broadcasts in ?Radio Dla Ciebie? and ?Trójka?. The author of columns in ?CKM?, ?She?, ?Cosmopolitan?, ?Dziecko?. The author of ?Tańcząca z butami?. The author of over 100 video clips, 50 of them for the independent bands of Belarus.

Kwaśniewski is a person distinct in Polish and European art. He uses an ironic, absurd and parallel comment to real actions and such a performance construction is fixed. Both the comment and the action take various forms, some of them are sometimes repeated. Kwaśniewski says about himself, art, different forms of subsistence, he says about how much art costs him, directly he also says about hypocrisy in art. However, he often says made – up, surrealistic, fairy tale, absurd stories in the form of brim, repeating sentences, situations and images with increasing changes. He forces a viewer to follow his imagination.
Humour, absurdity, helplessness and accompanying them the uncontrolled reaction of material objects are a performance whole. Paweł Kwaśniewski is one of the few artists in the world who can speak auto – ironically about his own work and his own performance mistakes during an ongoing performance. He is an artist who removes the myth – creating features from art. (dr Małgorzata Kaźmierczak, 2014) 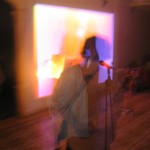 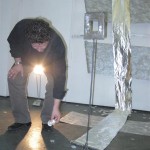 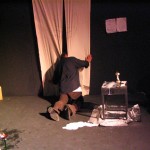 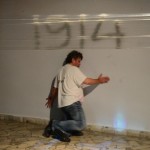 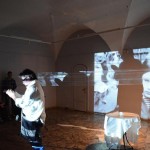 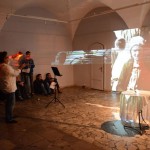 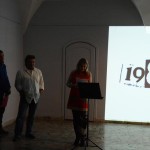 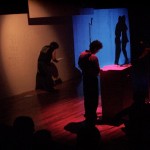 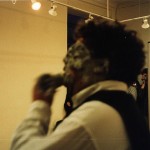