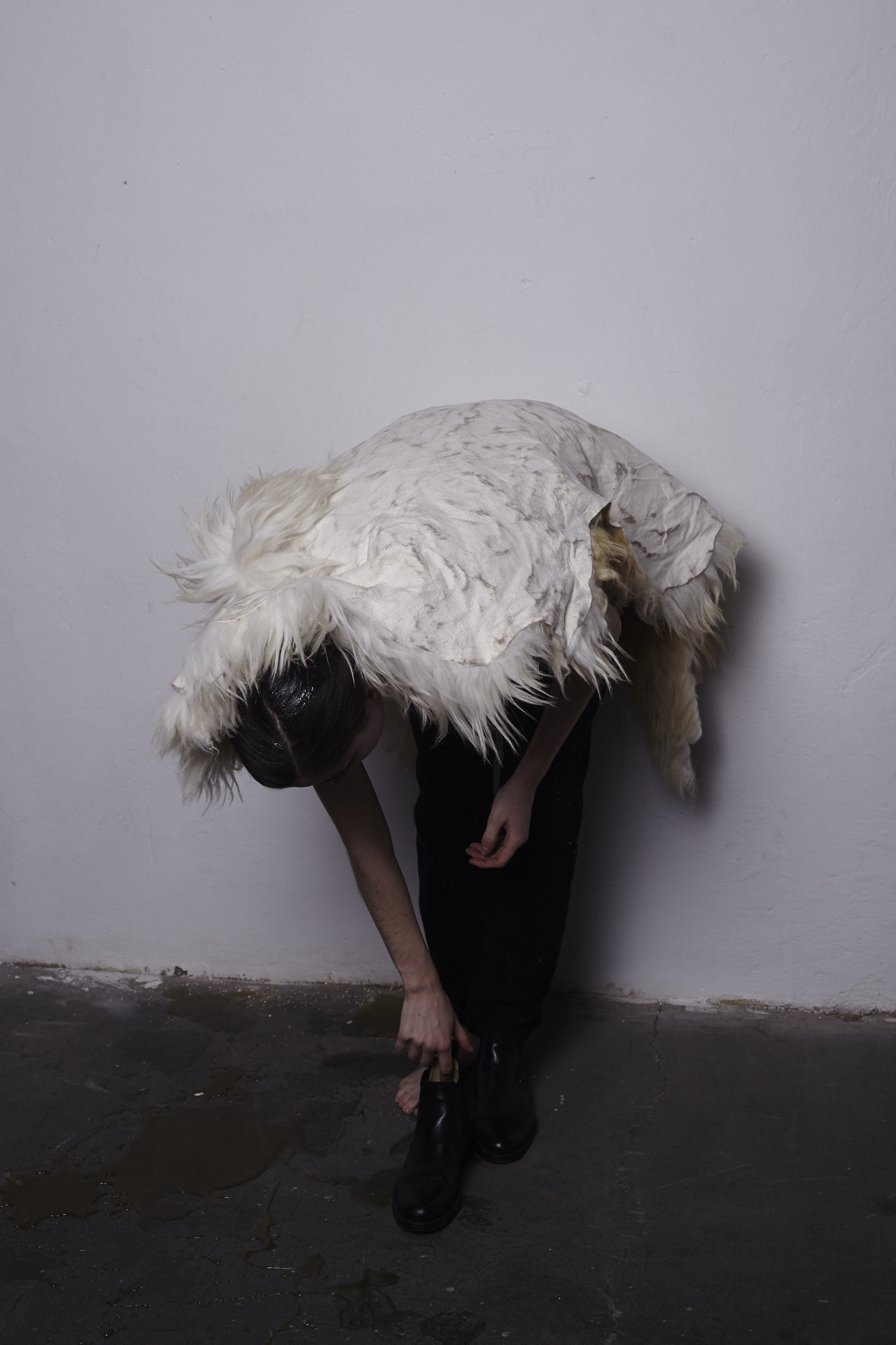 Léann Herlihy is an Irish artist based in Poland. Her work never begins, and her work never ends: both of these fundamental facts are equally significant. To pinhole her current practice, one would find themselves withdrawing from the restraints of ?labels? or mediums. Her work is multidisciplinary; varying from performance, objects, installation, writings and in-depth research projects all of which surround specific improbable phenomena that contain complex narrative qualities. Her aim is to demonstrate that a hardly visible component can become the most significant element from the point of view and survival of the work?s whole composition. The inert components of the constructions are revealed to be animate miraculous objects, which can be regarded as capable of operating by their own micro-religious force, un-assisted by the artist. All of these constructions tend to be fixed with minimal amounts of points, in which the distribution of forces and the dramatic meaningful climax is of primary importance. The symbolism and use of endurance (either by the object or artist) highlights the exaggerated protraction of time, all of which are enhanced by the symbiotic relationship with the audience, where the very act of their continued observation, in itself become ritualised behaviour.