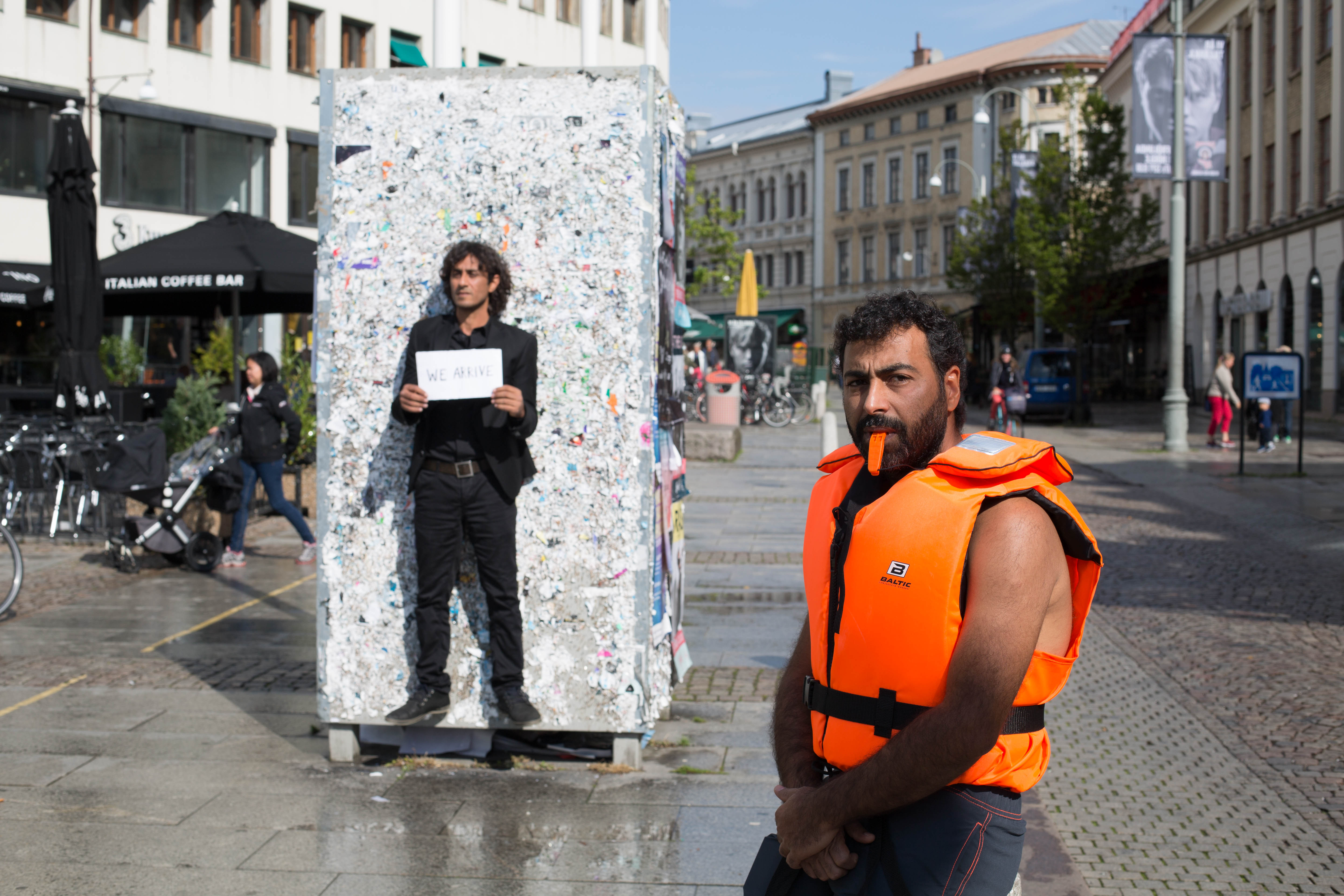 Ali Al-Fatlawi and Wathiq Al-Ameri were born in 1972 in Baghdad, Iraq. Since 1997 they live and work in Zurich, Switzerland.

Ali Al-Fatlawi and Wathiq Al-Ameri create performances, that reflect their history. They present a view from exile, combining a critical perspective with the hope of returning in their imagination back to homeland. Their art explores issues of confrontation and war. Ali and Wathiq received a classical education at the University of Fine Arts of Baghdad. Several years ago they decided to escape the regime of Saddam Hussein and embarked on an odyssey crossed the Iraq border into Jordan, where they reproduced classical and arabic paintings until they had enough money to reach Sudan. From there they traveled by truck through the Sahara to Libya and then finally to Switzerland where they studied at the F+F Schule für Kunst und Mediendesign. Also in Switzerland they formed the studio group Urnamo with Wamidh Al-Ameri to share ideas and develop their art.

Al-Fatlawi’s and Al-Ameri’s performances start from the same basic premise over the past 14 years. They look for material that they combine with other substances or local conditions to create unique images. For them performance art is a dynamic and experimental practice, that can produce rich and unpredictable results. Their work is sustained and renewed by the vast array of available material, variations of time and place, and diverse themes. With another art form these perspectives would not be possible. Their performances work to produce images in the moment, without translation into words. Images, moments, change, passing through a place and remaining in memory give form to their practice, and are the elements they hope to communicate to viewers. Their performance images address the audience’s emotions rather than their intellect, making a pure exchange possible.