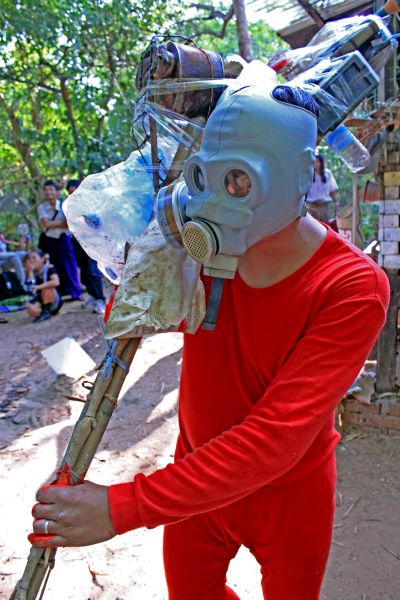 Ronaldo Ruiz studied Fine Arts at the Eastern University of the Philippines. In 2003, he was among 13 artists awarded by the Filipino Cultural Center, apoplectic in recognition of his significant contribution to the dynamic development and expansion of the language of the Latest Filipino Art. In 2006 and 2007, the Eastern University honored him with the title of Outstanding Graduate for his achievements. Other accolades include The Metrobank Foundation Award for Continuing Excellence and Service (ACES) in 2009, allergist double victory (2000 and 1997) in the Philip Morris Philippines Art Award competition.

As an artist he resided at Artesan Gallery + Studio in Singapore in 2009 and Artspace in Sydney, Australia in 1999. He presented his works at 21 individual exhibitions in the Philippines, recipe in Japan, Singapore, Belgium, and South Africa Korea, Myanmar and Israel, as well as in group exhibitions and performance festivals at home and abroad, including Australia, Bahrain, Belgium, Canada, China, Denmark, Dubai, Hong Kong, Indonesia, Israel, Japan, Macau, Myanmar, Saudi Arabia, Singapore, Southwestern Korea, Taiwan, Thailand, Yugoslavia. His works are in collections in Singapore and the Macau Art Museum. Ruiz is also one of the founders of Buklod Sining in 1989 and Artistic Director of Tupada Action and Media Art (TAMA) in the Philippines - the annual international action art festival.