Born in Zenica on June 16, 1981, he graduated from secondary school in Doboj. After high school, he attended the Reserve Officers School, where he obtained the rank of sergeant. As a sergeant, he trained 30 privates. After completing his military term, he enrolled at the Academy of Fine Arts (Faculty of Painting, BA-MA) in Banja Luka, where he now lives and works. 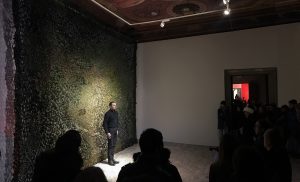 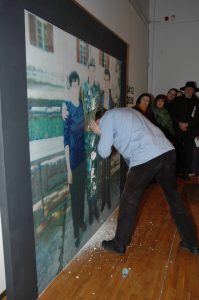 This dangerous and risky performance reflects the difficult and uncomfortable position of both the artist and the social relations from which he comes. At the same time, the position of the body is between two realities, the one protected inside the building and the peripheral, brutal, dangerous reality outside. In this performance, the artist's body is placed between these two realities, being a link between two separate sides and worlds. At the same time, it is the link between these sides with the possibility of collapsing, still struggling at the edge of this transition point.

At The Edge is a performance in which the artist stands / hangs on the edge of various buildings. It usually occurs on the buildings of museums, galleries, religious buildings or public institutions. 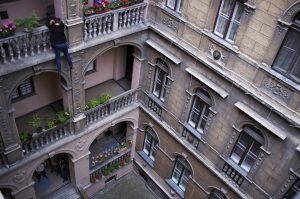