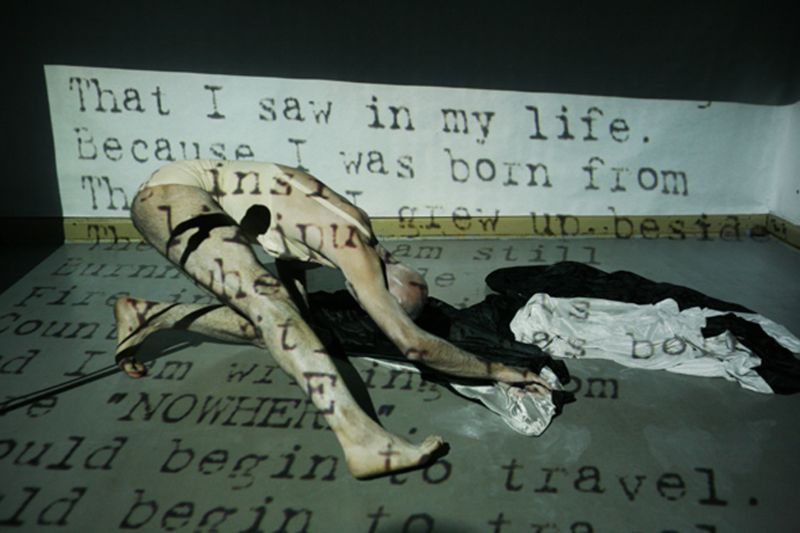 Theater graduate Mehdi FARAJPOUR (born 1980 in Iran) is considered an inventive performance artist. He is the holder of several awards and scholarships. In 2003, he graduated from? Sureh? Fine Arts University of Tehran with a Bachelor of Arts in Theater.

Its activities are mainly divided into two parts: creating and learning. In addition to his artistic creativity, help also focuses on conveying his creative vision of dance, treat called by him: "Reflective dance". Mehdi's artistic career includes many, ed various fields such as literature, poetry, dance, shoe ?, photography, film, sound art, and theater.

In 2002, he launched the Oriantheater Company with several dancers and actors in Tehran. He quickly managed to promote the group to the international stage. Currently, the Oriantheater Company is based in France, although it still has members from all over the world. Oriantheatre's main intention was to study the styles of physical acting as well as the power of concentration? mental and bodily? performing on stage. However, the later goal was to find out the quality of the appearance of the actors and dancers on stage.

The Monk performers is the title of Mehdi's book, published in 2008. This book is a summary of his own experiences with creating art.

In 2008, working with Indian dancers Bharata Natyam brought him the highest award for choreography and music at the 26th International theater festival of Iran. At the end of 2008, he was awarded by Hooyong performing Arts center, becoming an Artist-in-residence in South Korea. In 2009, he obtained a scholarship? Orient and Europe? for his performance in Poland.

In 2010, he became a member of the jury of the international theater festival in Minsk, Belarus.

The confession is both rebellious and compassionate. Merciful, compassionate to all women in the world who suffer from clumsy rules made by men. It is also a rebellion against all violence, be it for religious or social reasons, etc.

The solo show Confession with symbols speaks of the destiny of someone not named Gulliver !!! It turns out that the life of this? Someone? it has a lot to do with the adventures of Gulliver.

However, the question is: what might be in common between Gulliver, the fictional character of the book, and Middle Eastern women suffering from the realities of the 21st century? A short show of But? will quickly show you what they both have in common.

I am someone whose name is not Gulliver. So there have been no journeys since I was born in my destination where I met too many tiny people. Well, there was no journey, no ocean, no ships, only fire. The first picture I saw in my life. I was born out of fire, I grew up by fire. I am still burning inside myself, in the land of the Liliputians, where I was born, and from there I write:? NOWHERE?