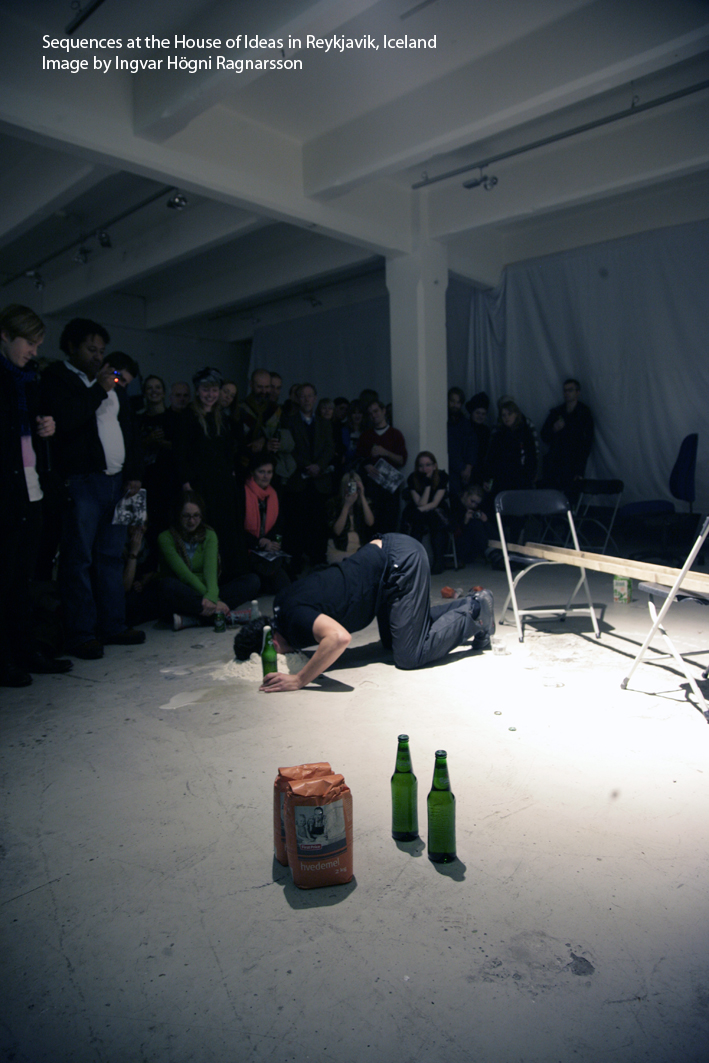 Maurice Blok (b. 1979 Netherlands), lives and works in Finland.

Whilst concentrating on sculpting, during my studies, I realized that what occurred before the work was even presented was of as much importance to me as the final piece itself. Subsequently, I started carrying out short experiments in front of a video camera; something that soon became close to what is called performance art. Soon after my work evolved into actual performances, involving setting up and carrying out "actions" that bear aesthetic results in front of physical audiences.

Having worked physically, and using tools, on an object (as a sculptor) it was only natural to bring this to my action pieces too. Although my work is performative I still consider myself remaining with a sculptural attitude. Constructing and deconstructing whilst having some kind of interaction with audience (or not). Naturally, one? S performance art is ordered in a chronological manner, yet the viewer is not aware of this while encountering a performance.

The works I do are often not titled. A name can draw the attention away from what the piece is (or maybe could be)? just itself.