The freestyler author can see immediately whether his new live version of the film is capturing the audience or awakening unhealthy e-powers.

It is necessary to do performance art. To me, it is a basic artistic activity, from which derive all other forms of live performing. It is a consciously intended and generated action, a source of inspiration for film and theater.

Freestyle Tv performance is a transformation of media? live, in front of witnesses; a creation of a new fictional form out of what is being screened. If you try to switch off the sound of your TV you will notice, that what remains is often silly, grotesque and funny. We see particular behaviours, absurd editing and artificial presenters. Our imagination prompts us some new connections, while the advert dialogues shed their perfidy and turn into black humor.

Freestyle Tv performance also serves as a great perfect method for script writing. An author- freestyler can verify on the spot whether his new, live-created version of the film is catching on with the public, or rather stirring up negative e-motions. 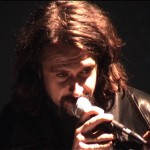 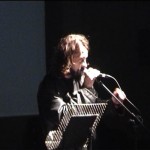 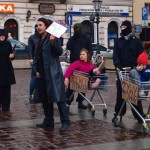