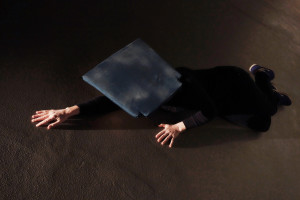 Lives and works in Bern / Ruppoldsried (Switzerland) and owns a studio in Progr in Bern (artistic activity center). She studied economics and sociology at the University of Bern and art at the University of Zurich in the department of visual arts. Since 2002, he has exhibited his works at national and international festivals of performance art in Asia, South America, North America and Europe. She has also collaborated with other international artists. She won the Swiss Performance Art Award in 2014. She enjoys working with what she has at hand with the obvious. This includes her body, voice, space, audience as well as specific materials and context. This is how she worked, for example, in Santiago, Chile with a large palm leaf, in China with a red fabric, in Münsingen with water from the Aare River, and in Arrecife, she worked with a wall of an unfinished building, and in Helsinki - a handful of snow. Interested in object research, focusing on something special, seeing the object as a partner in its simplicity and variety.