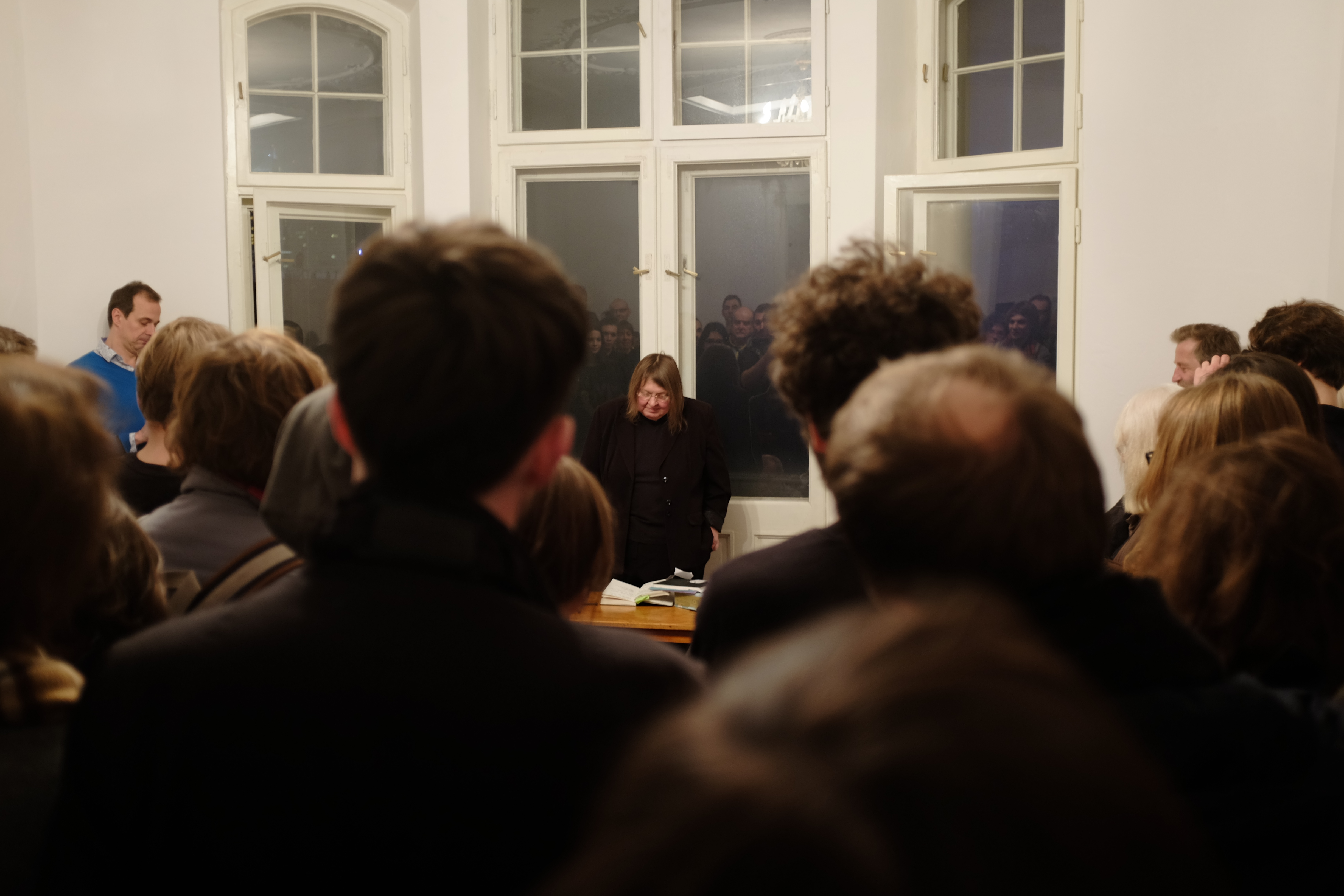 A performance artist. Also creates films, sound records, drawings and installations. The main part of her work is to keep notebooks, a sort of notes and dairies about which Zbigniew Warpechowski wrote: There is history of art, art criticism, comments, reflections, thoughts, letters to friends, jokes, prose, poetry and I? ve got no idea what else.

She was born in Szczecin. She finished Public Secondary School of Fine Arts in Lublin. She studied graphics at Public Higher Education Institution of Fine Arts in Wrocław (current Academy of Arts). From 2008 she? S associated with this academy, in which she gives classes of performance from 2009. A Scholar of Ministry of Culture and National Heritage. Lives in Lublin and Kazimierz Dolny by the Vistula.

Ewa Zarzycka cultivates spoken performance. Grzegorz Borkowski commented: Of her numerous performances [?] One can compose an outline of an intriguing essay combining seriousness and intellectual inquisitiveness with ironic distance. Ewa Zarzycka? S work is hard to comment and interpret. It? Sa process of thinking, led in a dialogue with others and opened to what happens. In Zarzycka? S understanding, creativity is conjoined with private life, meetings, events, journeys, readings. It to art itself, but also relates to the artist, to the characteristics of creation process. According to Zbigniew Warpechowski, Zarzycka? S creativity is out of any definition but at the same time it? S strictly connected to her persona, way of being, personality. Her stories are confusing, they loop, they get lost and find their way again, they pass on to different ones. You can find some sense of humor but also much of authenticity, honesty and disinterestedness.

Ewa Zarzycka? S work comes from polish conceptual art. The artist was for years related to Galeria Labirynt in Lublin and to Biuro Wystaw Artystycznych ran by Andrzej Mroczek. Her performance in project? Grodzka 5? is closely associated with artist? s private history, related to Grodzka street, where secondary school that Ewa finished used to be.