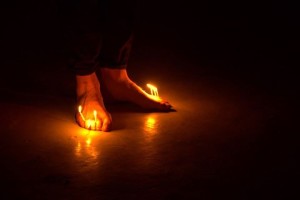 Szymon Kula (1994) - Born in Katowice, where he completed his education at the General School of Fine Arts. Currently, he is studying at the Faculty of Painting at the University of Arts in Poznań. In 2014, he co-founded a scientific project Stick in the picture, organizing meetings, lectures and discussions with artists and art critics. Winner of the Santander Universidades award for comprehensive artistic activity, and a scholarship holder of the Minister of Culture and National Heritage, the Adam Mickiewicz Institute and the Mayor of Katowice. He deals with broadly understood painting as well as activities in the field of performance. Participant of competitions, exhibitions and festivals. including: