Diogo da Cruz (1992 Lisbon, Portugal) is a conceptual artist based in Munich and Lisbon. He received a BA in Sculpture from the Faculty of Fines Arts of Lisbon (2012) and a Diploma in Freie Kunst from the Akademie der Bildenden Künste München (2016), where he studied with the professor Hermann Pitz, and the guest professors Ceal Floyer, Andrea Fraser and Tyler Coburn. He participated in the Independent Study Programme at Maumaus – Escola de Artes Visuais in Lisbon (2016).

His work has been shown in Portugal, Germany, Austria, Spain, Greece, Sweden, Bulgaria, Scotland and Russia. Diogo da Cruz is assistant professor at the Academy of Fine Arts in Munich since 2018. 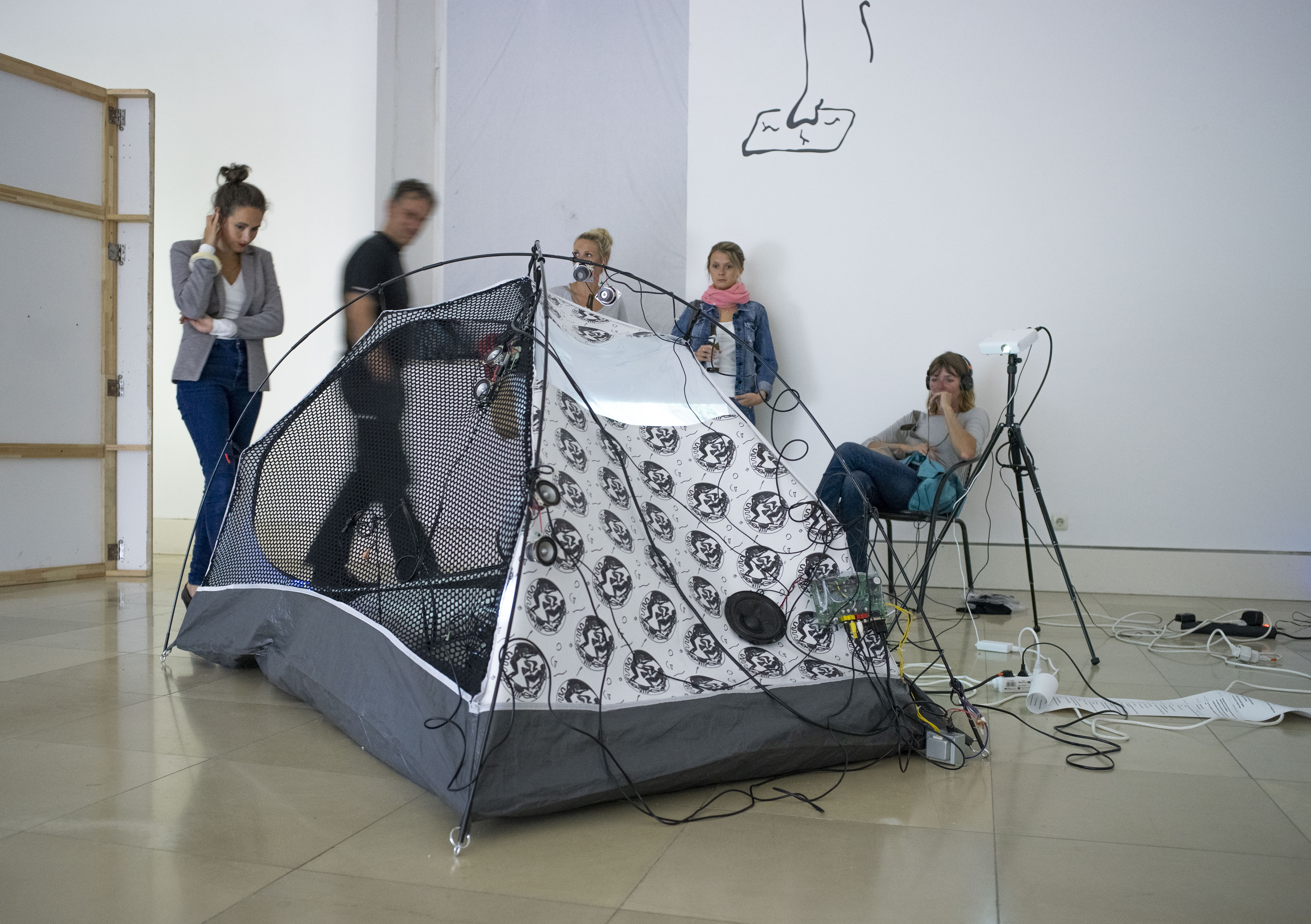 In my practice I work within an interdisciplinary field of speculation, calling into question some certainties and prejudices of our society, through a rigorous and impertinent research about concepts familiar to the general public. Very often I create symmetric and ironic objects, in a stage-like installation, which end up being part of a performance piece.

In “The gravity of time” I created a book that gathers distinct perspectives about time perception, time measurement, and time in social behaviour, proposing a general slowdown of the rhythm of society. In “Necessary Art” the ideas of the book were presented as little adds in a paper bread bag, which should be shared freely and inevitably with the visitor. “Running out of time” presents a recreation of an ancient measuring method to control the speech time in political discussions in the Agora of Athens, while “WORDCOIN” proposes the implementation of a new currency, that will give a literal value to each one’s speech. The ongoing project “Wisdom Warriors” is focused on a social revolution initiated by a group of artists that has never happened. Their disruptive forces seemed to have had a great effect on society, but such reforms were enacted by the system, conveyed only to their small creative niche. In a dystopian vision of the future, any minority movement loses its power by being closed-up in itself, trapped by their own devices. 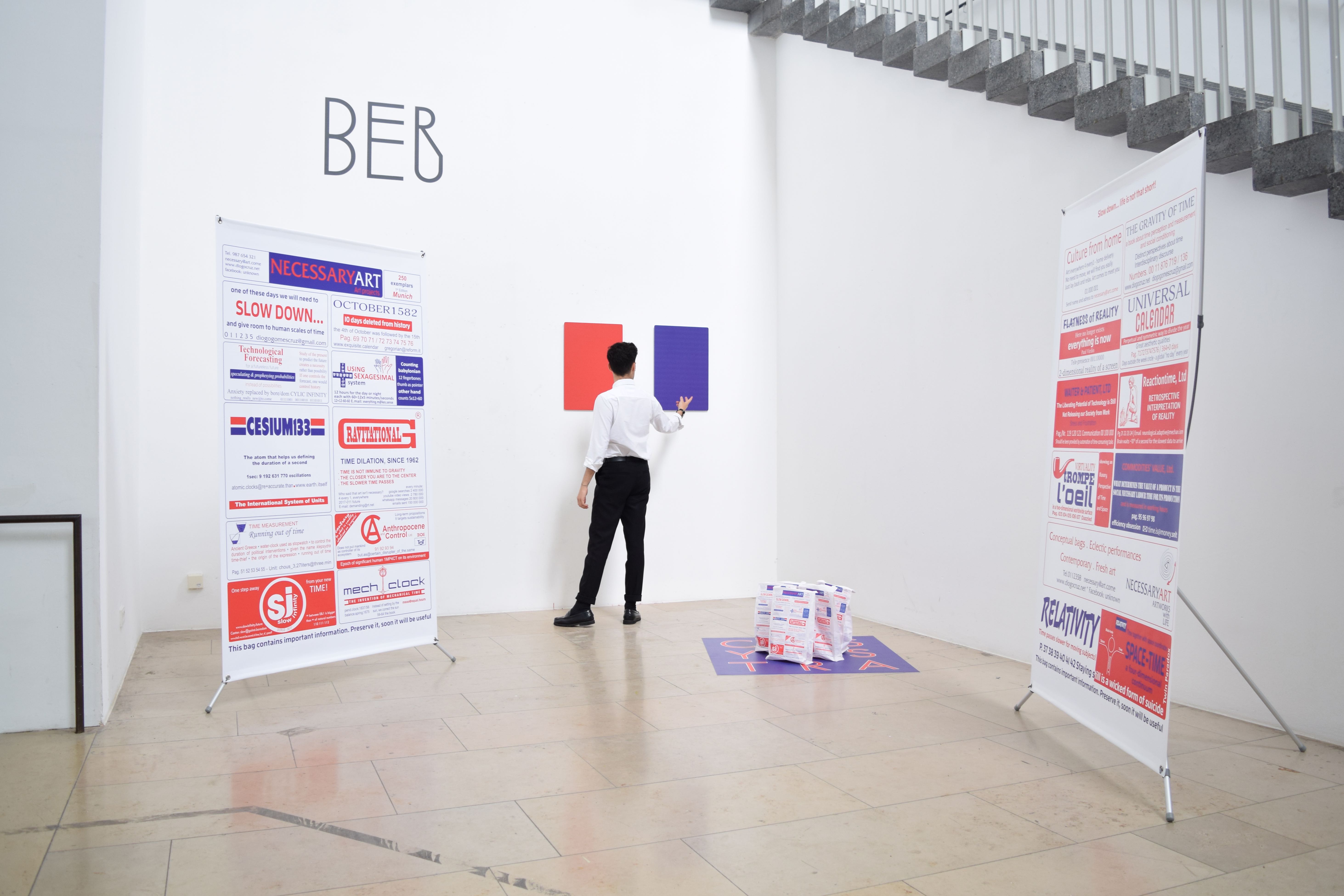 Short description about the performance:

Wisdom warriors are a collective that designed a revolutionary project that can drastically change the way society relates to technology.

An ongoing project in which Diogo da Cruz recreates some of the pieces from the collective, paying tribute to a minority movement that lost its power by being closed within itself, by the devices with which they act.